Listening to a call

To be called? What does that even mean? What does that look like? How do I know if I am in the will of the Lord for my life? Am I really open to the option of serving the Lord with all of my life even if it means that I have leave comfort or step up? 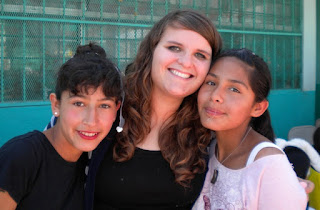 I was sitting in my car the other day thinking about my life… If I would have stayed in college I would be graduating this month with a degree in Bible and Music Ministry but the great thing is that God had different plans for my life. The thought came into my mind—what would I do if I were not here? If I were not a full time missionary… in what work would I be in? I can’t see anything… I thought well a nurse maybe or a teacher but really I am already those things without a degree.  I have been a nurse to the people in the Hospice and Old Folks Home. And I have been a teacher to the kids at the orphanage. You don’t have to be super intelligent, have a lot of money, know how to do everything, or have a degree in something special--- If you are following the call that the Lord has put on your heart then He will take care of the rest. I am not saying to not be prepared but I am asking for us to just listen to the Lord. He speaks so clearly but we are so worried about ourselves that we can’t see the awesomeness that He has in store for our lives. 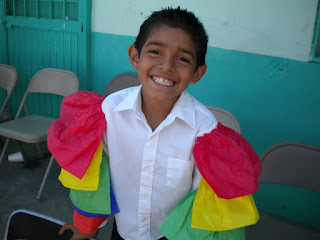 I remember when I was in Bible College in 2008-2009… there was something missing in my heart and I was searching the whole year for something else. I didn’t hate it, I loved the people and I grew in a lot of different ways but deep down I was miserable. I loved the times in going to the homeless shelter, singing at the men’s prison, going on a mission to Trinidad, speaking to the homeless in downtown Omaha, and helping in the projects—my heart SOARED in those moments. I wanted more! I was sitting in Trinidad (the lowest Caribbean island) on a mission trip at a camp for teens… I was covered in bug bites, so tired, and had a sun-burn… And I looked at my friend and I said, I am so happy! She looked at me, and said you are crazy! I said, no, this is what I have been missing! I haven’t been this happy since I was on my last mission in Mexico—I have to go on another mission… my heart is longing for it! THIS is the desire of my heart, to serve those in need. 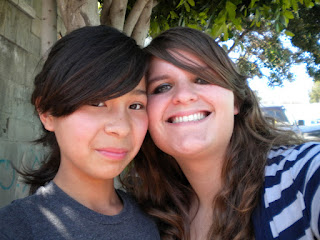 I thank God everyday for waking me up in February of 2009… He had been calling me for years but I finally really listened. My first calling to missions was at a conference in the summer of 2006 in Indiana with thousands of teens worshipping the Lord. It was the first night of the conference and the speaker was a young man who was called to the homeless in Philadelphia—he talked about his experiences and he told us about his time in Calcutta, India working with Mother Teresa and the ministries. He said, we went to this home of people who were dying… and just held them while they died. There was a sign coming in that said, I am on my way to Heaven and on the way out it said, Thanks for helping me get there. From that moment I wanted to do that! I still long to go to Calcutta.

I was a person that would see a picture of an African child who was starving, sick and abandoned… and I would bawl for hours thinking I have to do something! I wanted to not just send money but I wanted to be the person who handed the food to that child, hug them and know their names personally. A lot of people have made the comment, Tenielle, why don’t you help the people in Nebraska and in America? I look at them straight in the face and say, why don’t you? What is stopping you? And then I say, I have been called very clearly to foreign missions… and if I didn’t go then who will? I know my calling and at times I struggling with where God wants me—well in what country that is! My heart is definitely split in two… Tijuana, Mexico and Burkina Faso, Africa are fighting for me. There is not a night that goes by that I don’t dream of the kids in Africa. And when I was there, I would dream of the kids here in Tijuana. I would find myself crying for both. God has a plan beyond what I can see and understand… I trust Him completely.

Listen to the sweet voice of God to know what He has in store. He might be calling you to something beyond your understanding but trust in Him… its not easy but its definitely rewarding. 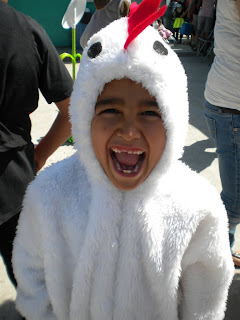 Tijuana has been interesting lately and there have been storms but the hugs of the kids always seem to make things tremendously better. Every time I walk into the orphanage I am reminded of the greatness of our Father and that He loves these kids so much more than I do. The kids had a Mothers Day Program at school this last week. I went to it and enjoyed watching them dance. One of our little boys was talking to me after and said that he wasn’t feeling well. I think he really just wanted to held for a while. We talked for some time about school and then we got the topic of Mothers day. I said to him that he has lots of moms here at the orphanage that love him so much. He said, I don’t know who raised me. I looked at his sweet 7-year-old face with tears in my eyes as he named all the people that were in his life but he said, I can’t think of anyone who has always been there. We try so hard to be like parents for each of the kids but in all honesty we are not their parents—we can just try our best and love them through it all. 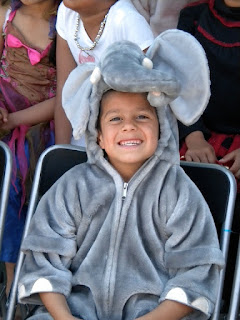 The other week I was watching the kids play a game and I noticed another little boy, who is also 7, he was blinking a lot and I thought maybe he is not seeing well. So, I asked him to come over and he said that he was fine. I looked at the director and asked if we could take him to the doctor because maybe its allergies or maybe he needs glasses. The doctor began to tell us that this was a reaction of him being nervous and stressed. He said, remember that little kids can get depressed, stressed, and other things just like adults. He needs more individual attention and don’t let him lose his identity, remind him who he is. I left that day crying and thinking… we are missing it! We as a staff need to be more aware of each child, I know that it is difficult but it is our responsibility to raise them… not just feed them, clothe them, and send them to school but to really love them and talk to them. Pray for us to be aware of each child’s needs. 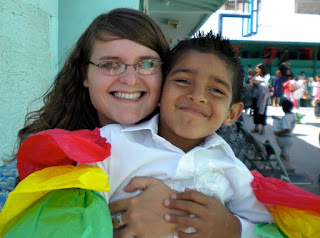 Thank you for your prayers! And be challenged--- if pictures and stories of orphans or those in need touch your heart… its for a reason, maybe it’s the Lord speaking to you to help in some way.
Posted by Tenielle Lytle at 11:54 AM 4 comments:

Hello everyone!
Here is an easy way to donate to what I am doing. Go to www.cwomissions.org and at the bottom of the screen it says "Donate Now" click on that and under "How you can help" scroll down to find Independent Missionary and select my name "Tenielle Lytle."
The money that you give will go directly to the missions I work along side and so that I am able to do what I do. :) And everything is tax-deductible. Thank you so much, without you all I would not be able to do what I love.
keep in the SON in your eyes,
Tenielle